Ram 1500 Rebel OTG concept shows up in a patent filing 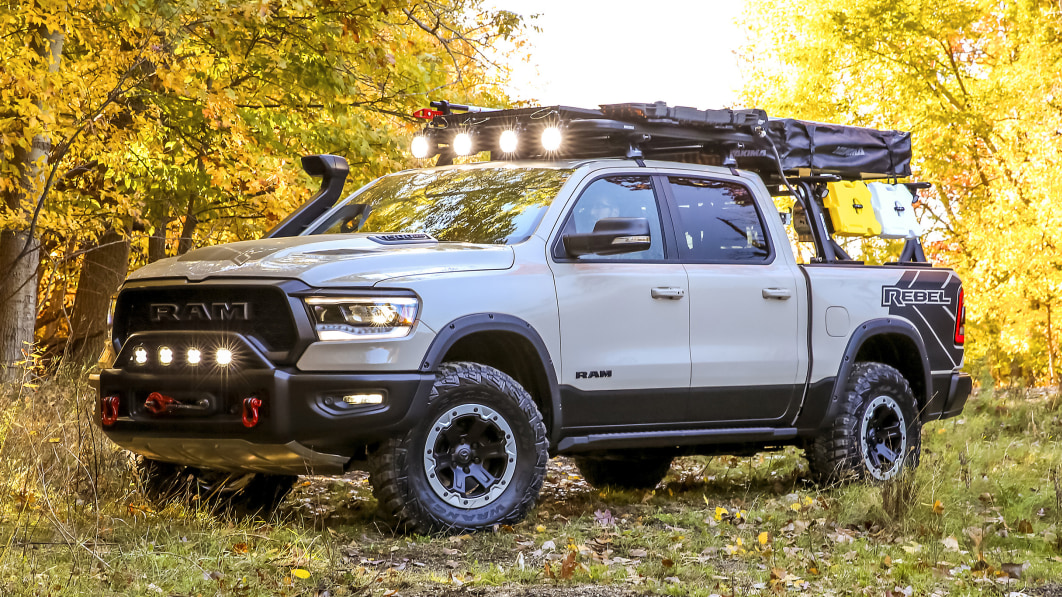 Stellantis filed a patent with the U.S. Patent and Trademark Office on April 12, initially found by Car and Driver, in the generic category “Automobile Body.” But the images within portray a specific vehicle: The 2020 Ram Rebel 1500 Off the Grid (OTG) concept from the 2019 SEMA show. That concept dipped a regular old Ram in a vat of Mopar and third-party accessories, the result a rig built for bugging out.

This could be considered the base form of the truck, and it’s what the patent drawings illustrate — a rig Stellantis could put on a dealer floor in 48 hours. The third-party accessories are missing. On the concept, those were a Yakima rooftop basket and utility rack with more LED lighting, a rooftop tent, awning, and solar array, and a bed-mounted slide-out cooking area and cooler from Dometic.

With factory-built hardcore off-roaders even more popular than they were in 2019, the question is whether Ram plans to throw a Rebel-based hat in the ring. Muscle Cars & Trucks wonders if Ram is considering dividing its performance truck lineup into a big-bore go-fast TRX side challenging pickups like the Ford F-150 Raptor and a hardcore expedition side taking on pickups like the Chevrolet Silverado ZR2. The concept Rebel OTG was powered by the 3.0-liter V6 EcoDiesel with 260 horsepower and 480 pound-feet of torque, which would be another big differentiator on a showroom floor. Or, as C/D muses, this could be a template for a Mopar special edition, something Ram can test the waters with before committing. Or, as with so many other patents, it could be nothing. If nothing else, it’s nice to see Ram still thinking about it.