Hard to imagine how, but woman survives truck crushing her car€ 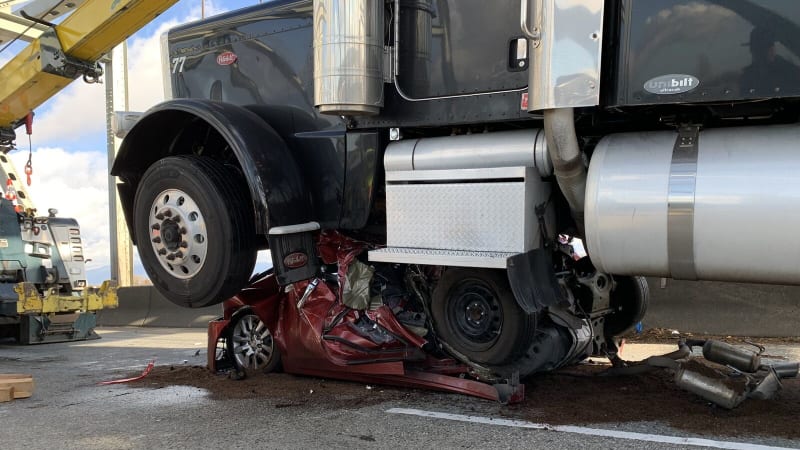 Troopers stopped traffic in both directions, because movement on the bridge was causing the truck to shake — while the Altima driver was still trapped. When a wrecker lifted the truck off the car, the woman was able to climb out on her own. She reported feeling only minor chest and head pain, Oliphant said, and was taken to a hospital.

Oliphant said the truck driver was cited for “following too closely.” That’s a $189 fine.