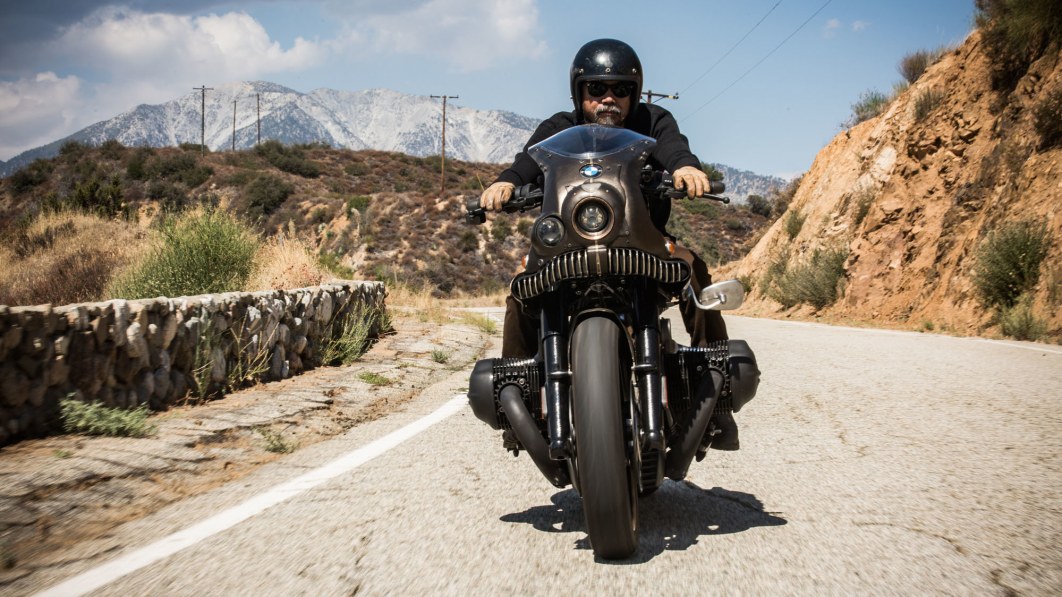 BMW’s motorcycle-building division is giving a handful of lucky customizers the chance to make the R18 their own. After collaborating with Roland Sands and Dirk Oehlerking, it let Japanese builder Shinya Kimura give the bike a new look that borders on steampunk territory.

Kimura explained that he spent several hundred miles riding the R18 in California to get a feel for it before he started the project. He normally works on older motorcycles, though he’s recently turned his attention to newer models, and his approach to customizing is unusual because he doesn’t use sketches, drawings, or blueprints — he knows exactly what he wants to build and how to achieve it.

One of his first modifications was to change the riding position, which he achieved by making the handlebars eight inches narrower and mounting them six inches lower. He also moved the seat back, designed a new pad for it, and relocated the footrests. In a way, this project was easier than others he’s worked on: he built the bike for himself so he didn’t have to factor in a customer’s size and riding style.

With the ergonomics out of the way, Kimura redesigned the body panels and used a hammer to give them texture. He fitted the front end with a pair of asymmetrical headlights and a grille with vertical slats inspired by a whale. His R18 is named The Wal, which means “the whale” in German. “Thanks to its mighty engine, the bike is wild and has almost inexhaustible power on the one hand, yet it is completely good-natured on the other. Just like a whale,” the builder explained. Bronze paint with lighter accents adds a finishing touch to the design.

The frame, wheels, tires, suspension components, and braking system are unmodified. It doesn’t sound like Kimura made significant mechanical changes, either, meaning power comes from BMW‘s massive, 1.8-liter air-cooled flat-twin engine. Fittingly called Big Boxer, it develops 91 horsepower and 116 pound-feet of torque when left stock and it spins the rear wheel via an external driveshaft. Moving the seat back allowed Kimura to install a bigger fuel tank, so he gains an extra gallon of gasoline (which is a lot for a bike) for long road trips.

“Drastically changing the seating position and adding my own style and taste was a big challenge in my interpretation of the BMW Heritage. Besides, all these computerized systems and wiring were quite new to me and I learned a lot,” Kimura summed up.

Sands and Oehlerking took the R18 in a completely different direction; the former reshaped it into a dragster while the latter gave it a 1930s vibe characterized by a full front fairing with a pair of kidney grilles. Some customizers aren’t waiting for BMW to knock on their door with a collaboration offer. Russia-based Zillers Garage gave the R18 a full makeover and an air suspension system, among other changes.