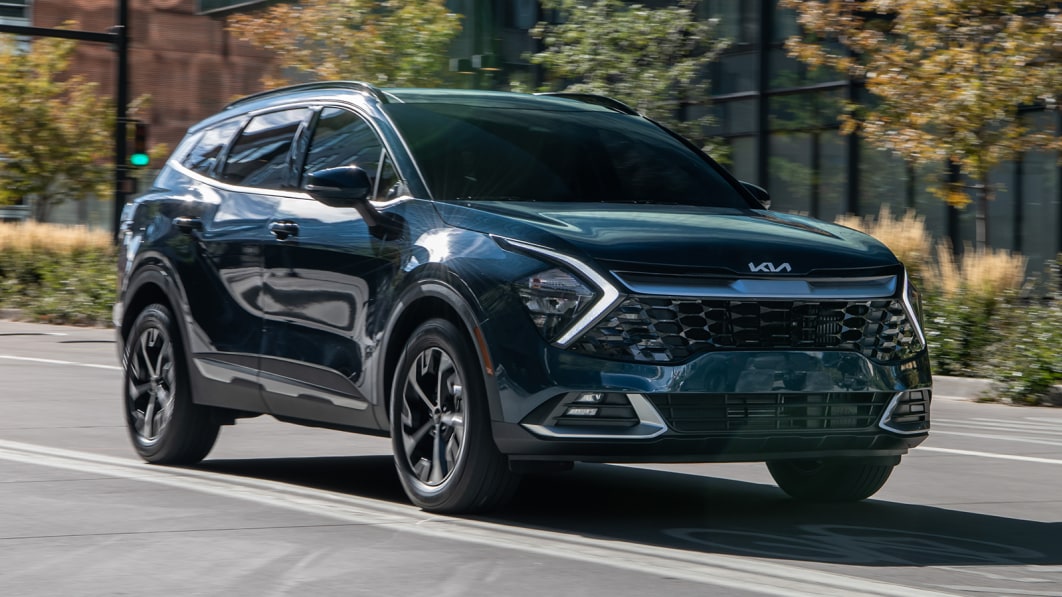 LOS ANGELES — As promised, the 2023 Kia Sportage HEV has been revealed. The hybrid powertrain makes the compact SUV the most powerful version available, and it goes on sale next year.

The engine is a turbocharged 1.6-liter four-cylinder paired with a 44-kW electric motor. Total output is 226 horsepower. The company didn’t give a torque number, but it should basically be the same as the Sorento HEV that has the same basic powertrain: 258 pound-feet. Those numbers are a healthy step up from the 187 horsepower of the base 2.5-liter engine.

Just like its bigger sibling, it has a conventional six-speed automatic transmission, and it can be had with front-wheel or all-wheel drive. Fuel economy isn’t official yet, but Kia is aiming for up to 39 mpg. That won’t be class-leading, but it will be very competitive with the likes of the Honda CR-V Hybrid and Toyota RAV4 Hybrid.

Three trim levels will be offered: LX, EX and SX-Prestige. Notably absent are the more rugged-looking X-Line and X-Pro models. Visually, the Sportage HEV will look basically identical to non-hybrid models except for discreet badges and unique wheel designs. The LX comes with front-wheel drive as standard while EX and SX-Prestige get all-wheel drive standard.

The hybrid Sportage will go on sale next year. Expect pricing to be announced in the near future just before the SUV hits dealers.